This patient came in for tinnitus (ear ringing) which lasted for many years.

The tinnitus on the right is particularly severe, and there is hearing impairment on both sides.

The following is a puretone audiometry test.

(A test to see the hearing threshold, a test to find the volume of the first sound heard from a quiet sound.

In this puretone audiometry test, the smaller the number, the better the ears hear.

Before and after treatment, a change of more than 10 decibels is a ‘real’ change out of the tolerance range.

A speech discrimination test was done.

(A speech discrimination test lets the subject hear the uttermost volume within a comfortable level and match the meaning of words.

In other words, it is a test to see the ability to understand speech when you hear a loud enough sound,

(In the speech discrimination score, the larger the number, the better the hearing.) 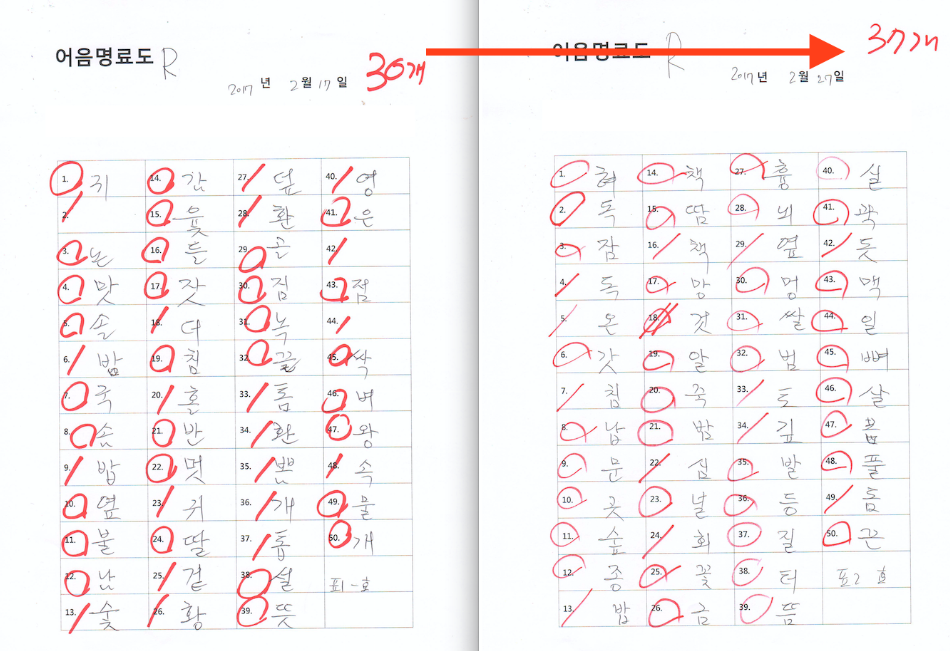 For the speech discrimination score, there is a slight difference between researchers, but generally, more than 6 changes are regarded as meaningful changes out of the tolerance range.

There was a significant improvement in a patient before treatment of 30 to 37 after treatment.